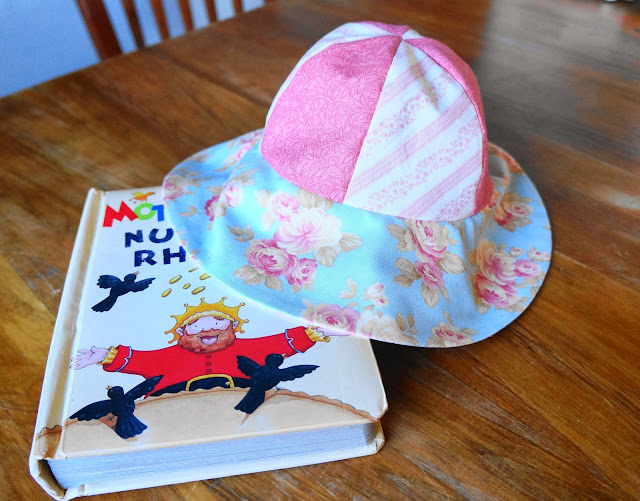 With all this nice sunny weather, the necessity for knitted woollen hats is all but over for the season. Time to break out the cute cotton sun hats. I wanted to make a hat using a combination of different patterns, all in complimentary tones and colours. A nice big brim keeps the sun off little faces and out of little eyes. This one is fully lined and reversible if you fancy a change of pattern or need to hide a recently acquired splattering of ice cream! All made in 100% cotton so it's super washable and practical.

I adapted the pattern from an old Simplicity one.
I used laniare fusing to increase the thickness of the fabric and ensure the brim doesn't flop down. 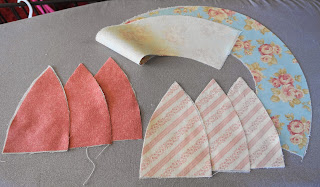 I cut out two copies of the brim and crown pieces and fused the main outer layer. 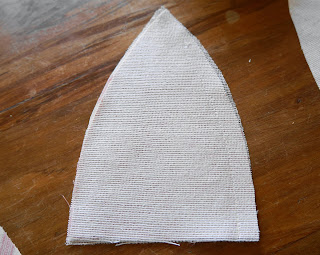 First assemble the crown of the hat: it is made up of 6 panels. Start by sewing two together. 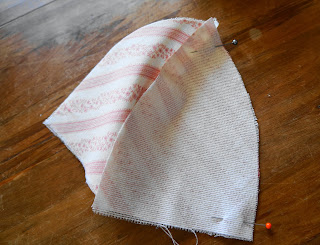 Once the first two are stitched, press the seam and pin the third piece on. Sew from the top, starting the stitching line 1cm down from the edge so the original panel on the left is not stitched. 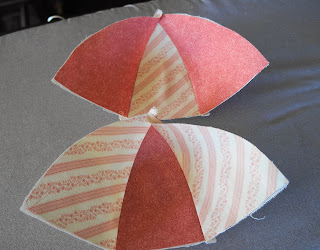 Once you have the two halves completed press the seams open. 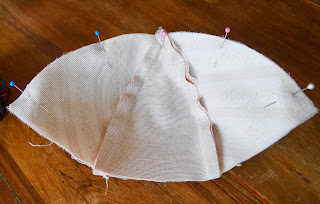 Pin and sew the two halves together. Taking care to sew exactly through the centre point where the three panels meet. 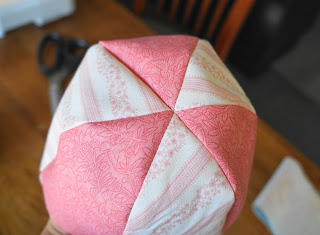 The crown should look like this, with all the panels neatly meeting at the top.

Iron the seams out and assemble the identical lining layer of panels. 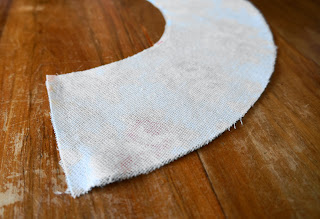 Now sew the centre back brim seam of both brim pieces - inside layer and outside layer. 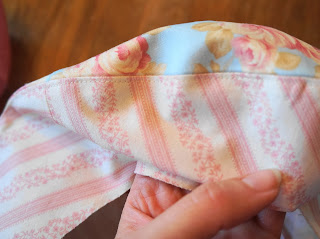 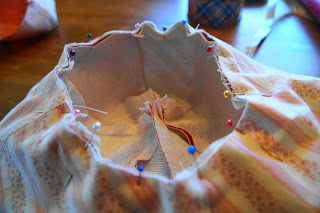 Pin the brim to the crown, matching the outside fabrics. Sew around the crown. 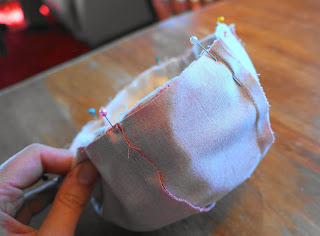 Now place the assembled hat liner over the right side of the assembled brim and crown. It should fit together so that the brim is enclosed by the two crown pieces. Pin and sew around following the previous stitching line. 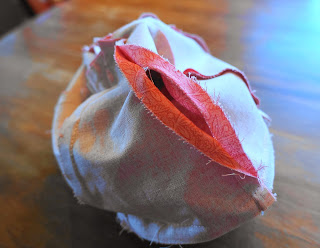 Once the hat is all stitched together, use a quick unpick to undo a hole in the lining fabric in order to turn the hat in the right way. 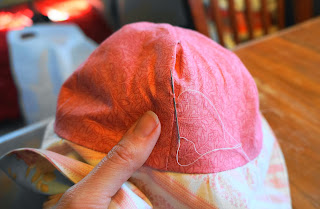 Once it is turned out, use a needle and thread to sew a slip stitch and close the hole in the lining. 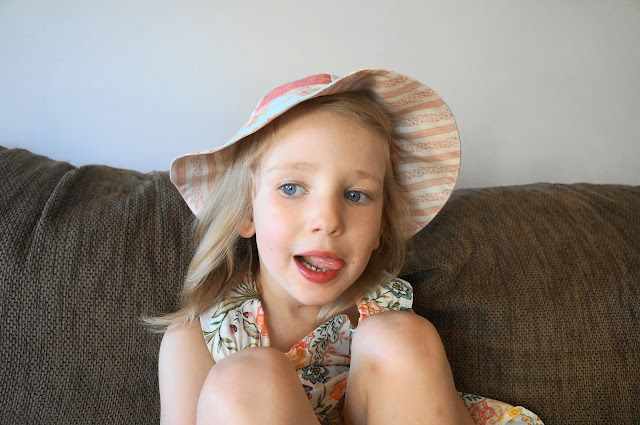 Little Miss was quite taken by this hat. It's a little too small with her, so I'm going to make a bigger pattern that's longer in the crown. Not too bad for a first prototype. I'm sure there is another little head out there that would like a new summer hat.
Posted by Unknown at 02:38