At last, a great Feijoa Cake! 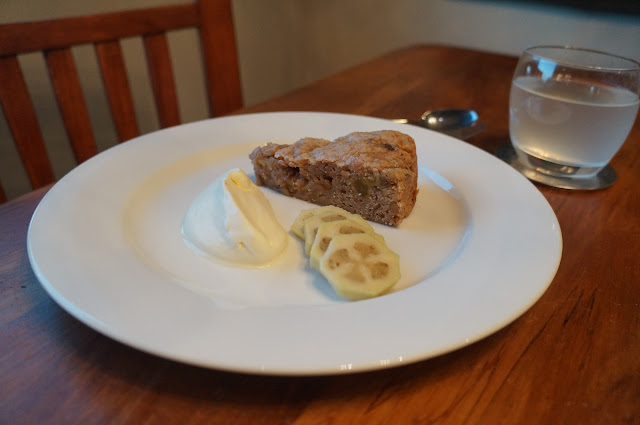 I'm the first to admit that sometimes a recipe just doesn't turn out the way I intended. My first attempt at formulating a feijoa cake wasn't much to write home. Despite the kind and forgiving assurances of my friends, I just knew I wasn't going to be making that one again. And so, after a little digging in the recipe archive - an old folder I've had since I was a teenager, I found an old apple cake recipe I could convert. I added crystallised ginger for a little zing and walnuts for texture. 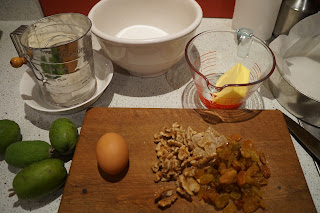 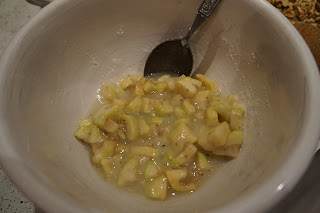 Place the freshly peeled and sliced feijoas into a bowl and mix in the caster sugar. Leave for a few minutes, then add the melted butter and beaten egg into the feijoa mixture. 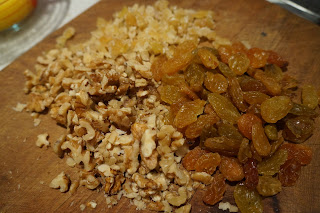 Sift in the flour, baking powder, salt and spices. Stir until just mixed. Add the fruit and nuts and gently combine. 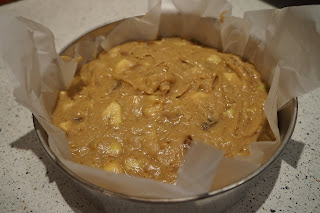 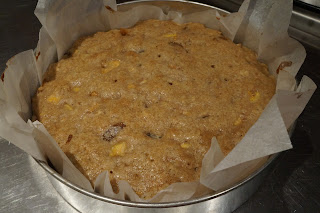 Place into the lined tin and bake for 30 to 40 minutes until a skewer inserted into the middle of the cake comes out clean and the cake is beginning to brown.The cake takes some cooking as the feijoas make it quite a wet mixture.Cool in the tin, then turn out. 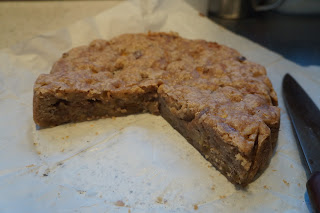 No icing is required, but a dusting of icing sugar looks really good.
This cake makes a really good dessert served warm or an afternoon tea cake served cold.
Happy baking!
Posted by Unknown at 04:04