125 Cheese Rolls for the Disco 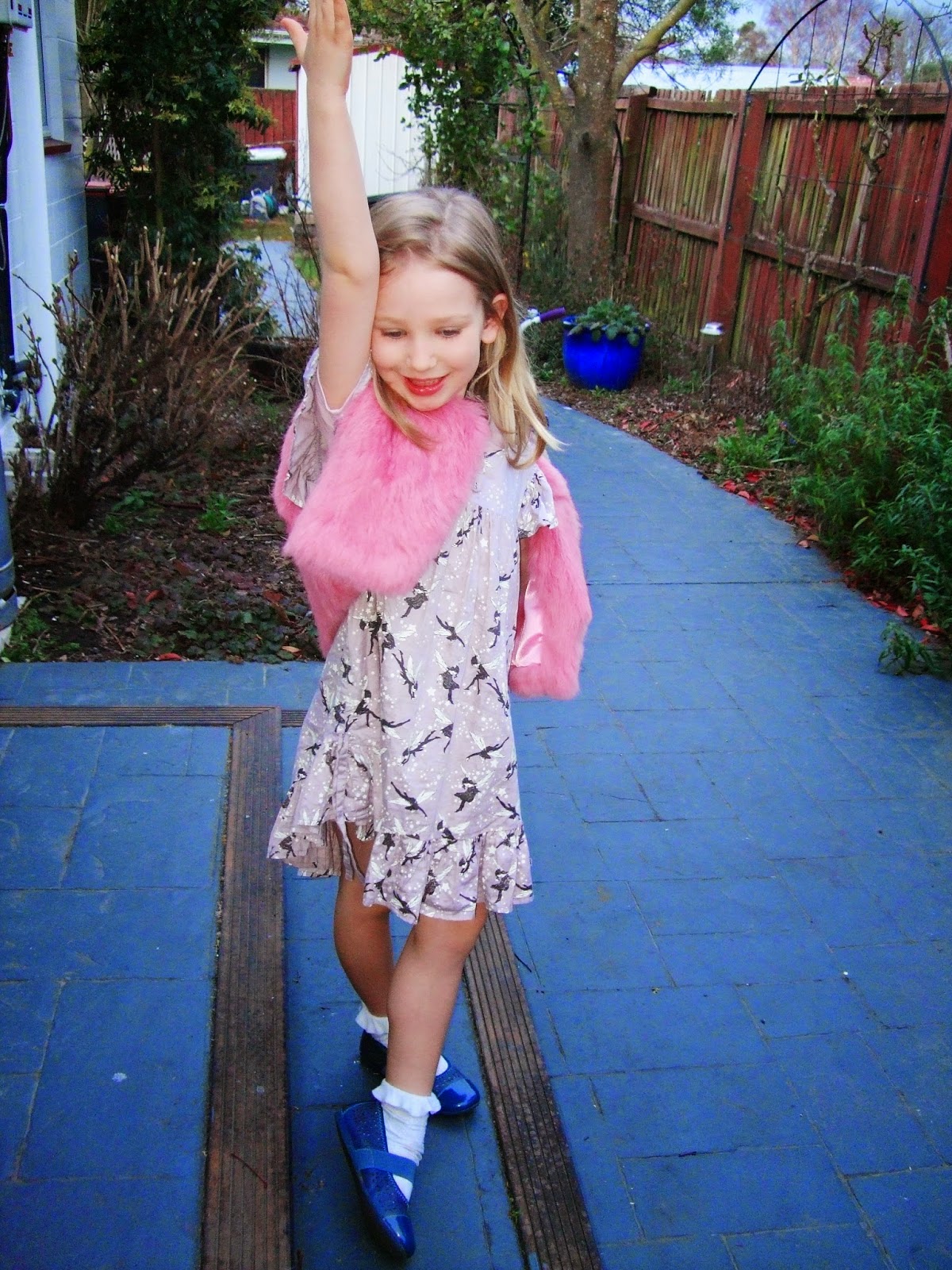 There has been a huge amount of excitement and anticipation in our house this week because the school Disco was on Friday. I suspect Little Miss 5 and her school buddies have been talking it up all week. Here she is, all dressed and ready, busting her dance moves on the way out the door to go there. 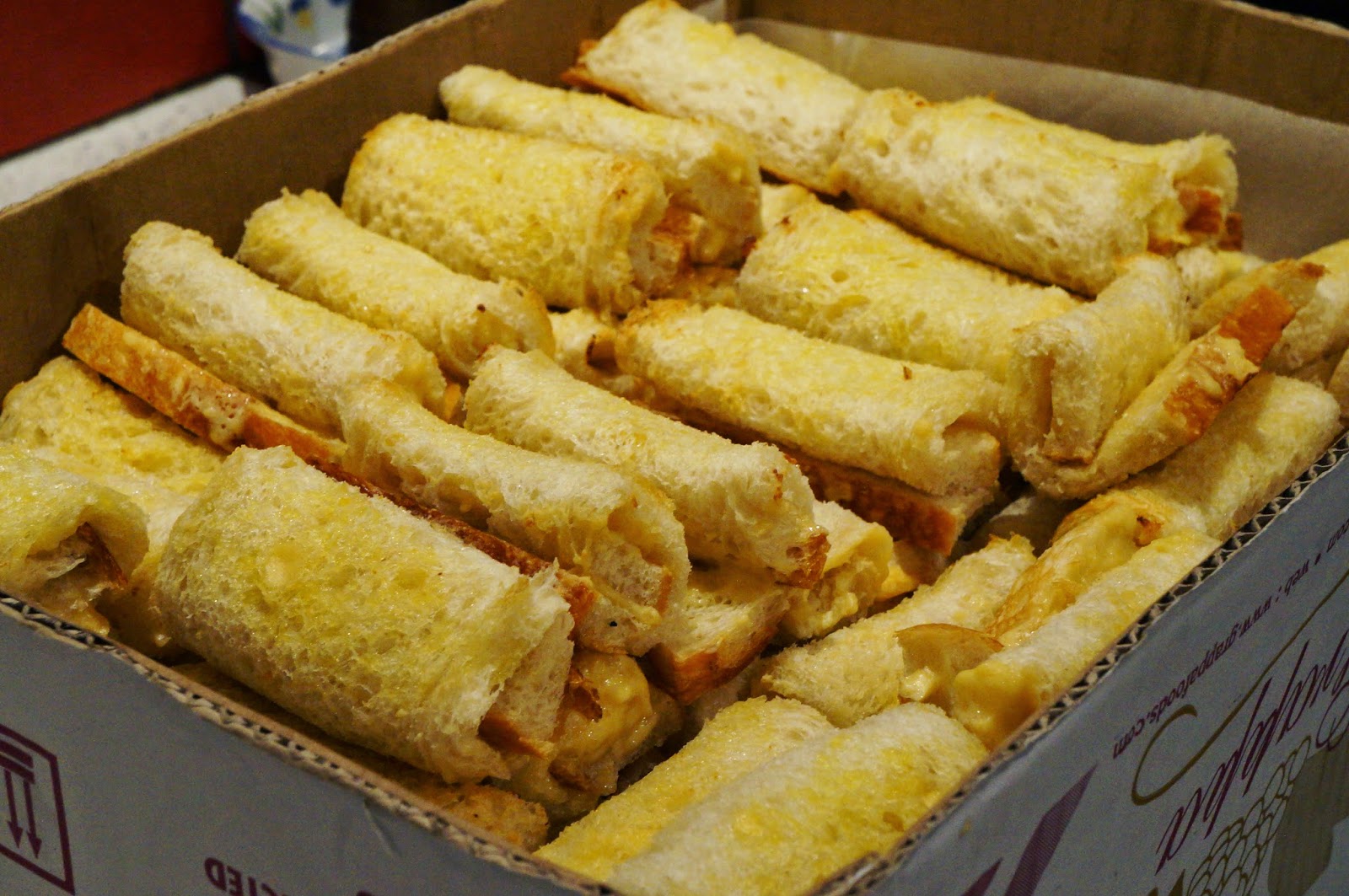 My contribution to the night was to make some good old fashioned Cheese Rolls for the children to have for their disco supper. Popular belief says that the cheese Roll originated in Southland, and there are many different variations on the basic recipe. I'm sure they were probably dreamed up by a dairy farmer, as they are definitely all about the dairy products. Here is my adaptation, as well as one I modified to cater for the gluten free attendees.

I used the gorgeous bread from The Village Bakehouse in Ilam for the main batch. Made by a genuine little French baker using traditional methods, this bread is delicious and makes the best toast ever. Be warned, once tried you will never go back to the supermarket variety. For the gluten free ones I used the Freedom brand of gluten-free bread. 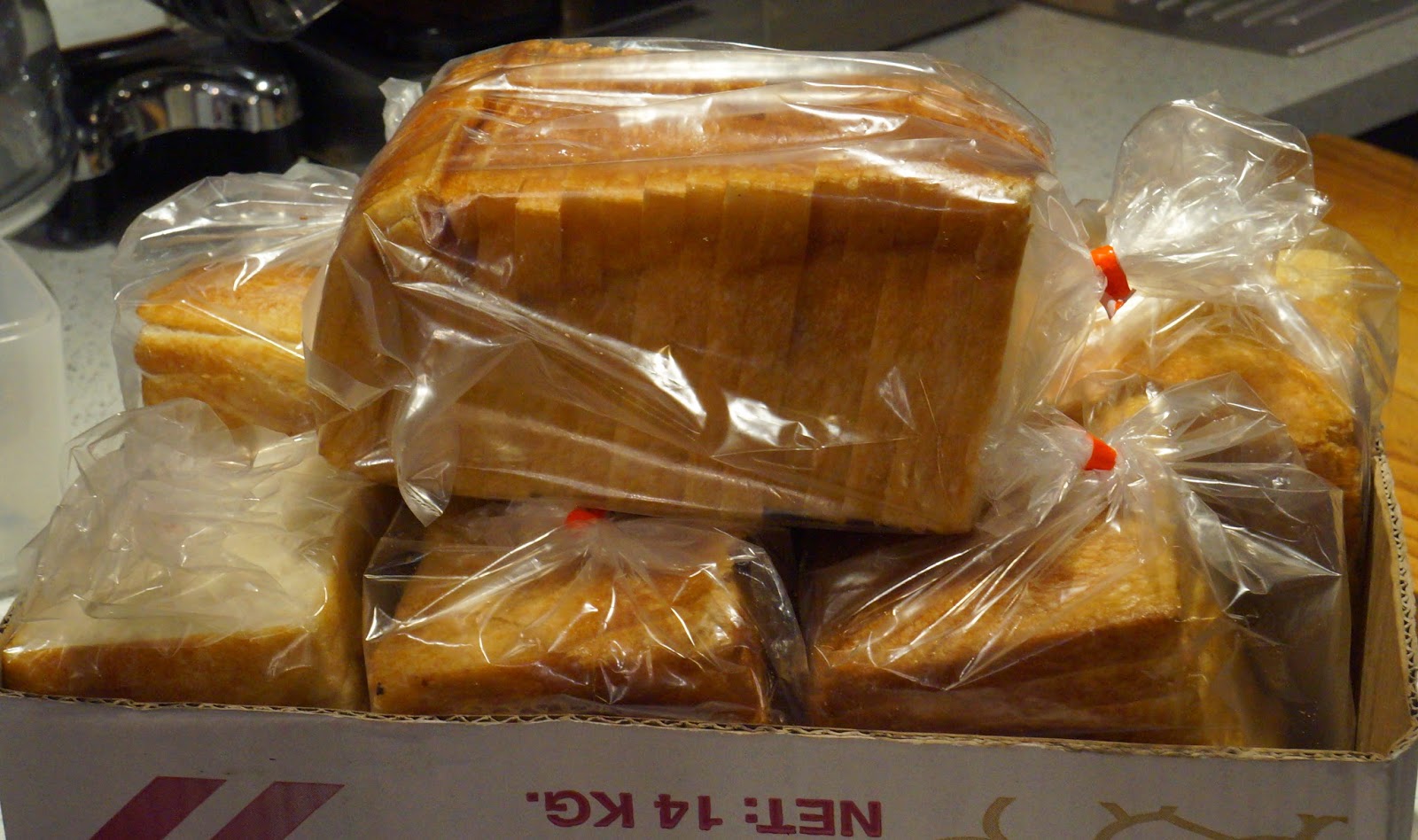 The recipe below uses about 2 loaves of bread; that makes about 32 to 34 rolls. For the disco I made three and a half times this recipe and used 7 loaves of bread.
Cheese Rolls

Preheat the oven to 180 degrees C and line a large baking sheet with paper. 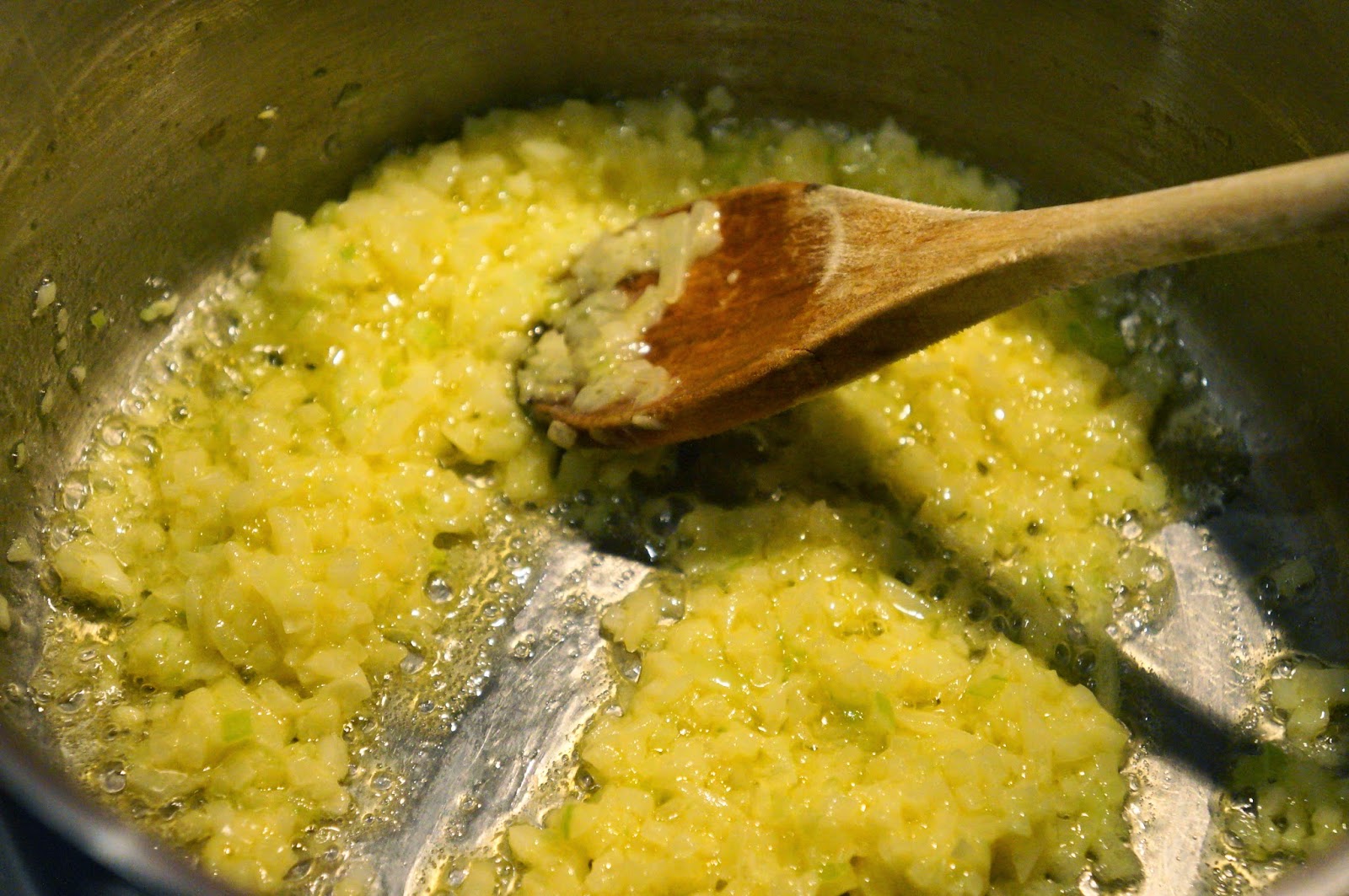 Finely slice the onion and saute it in the first measure of butter until it is soft but not brown. 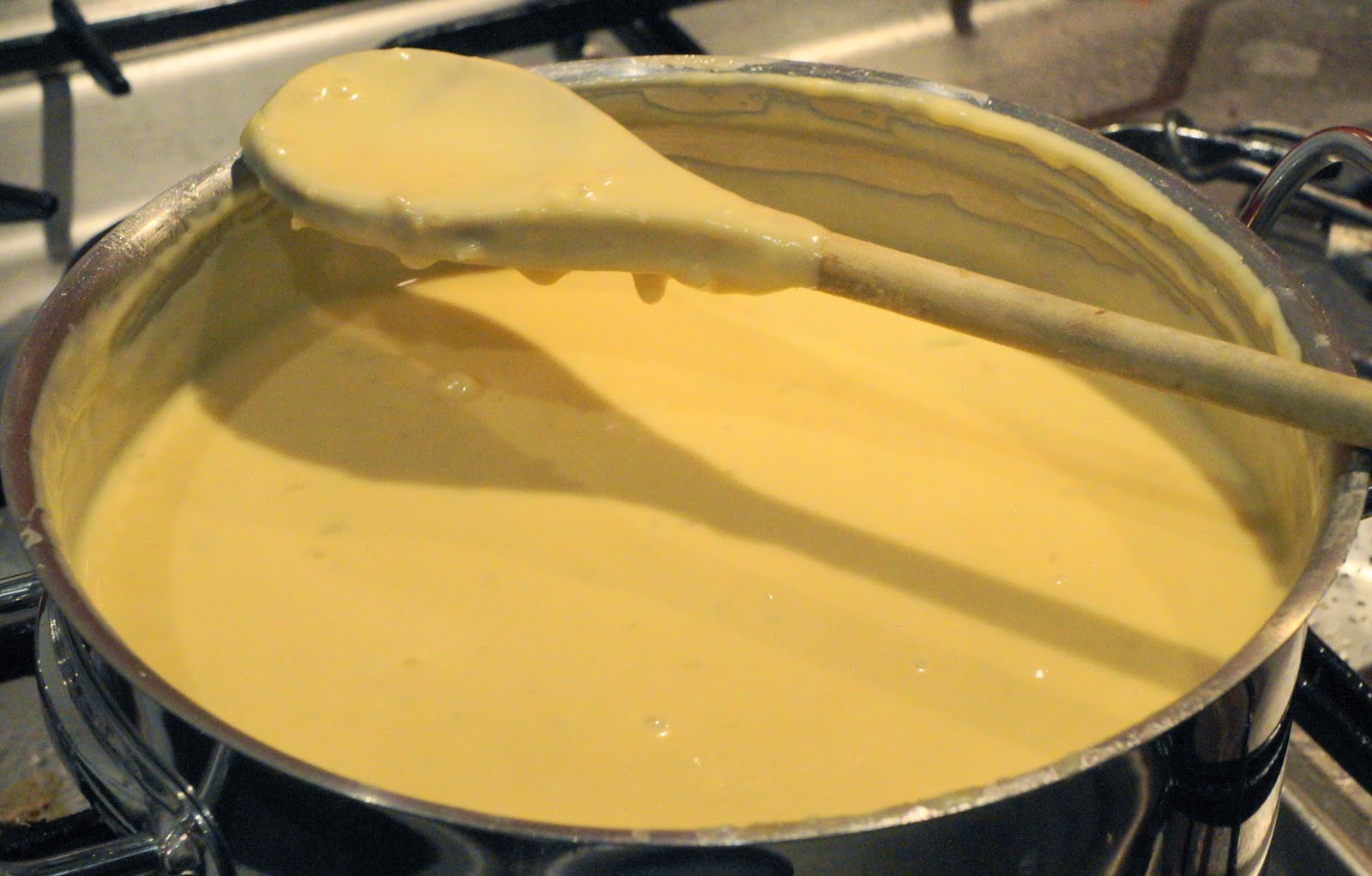 Add the evaporated milk, followed by the onion soup mix and mustard. Use a whisk to properly combine the powdered ingredients. Now add the grated cheese and stir constantly over a medium heat until the cheese is melted and the mixture has thickened. Do not let it boil or the protein in the cheese will harden and it will end up tasting chalky.
Take from the heat and set aside to cool a little while you prepare the bread. 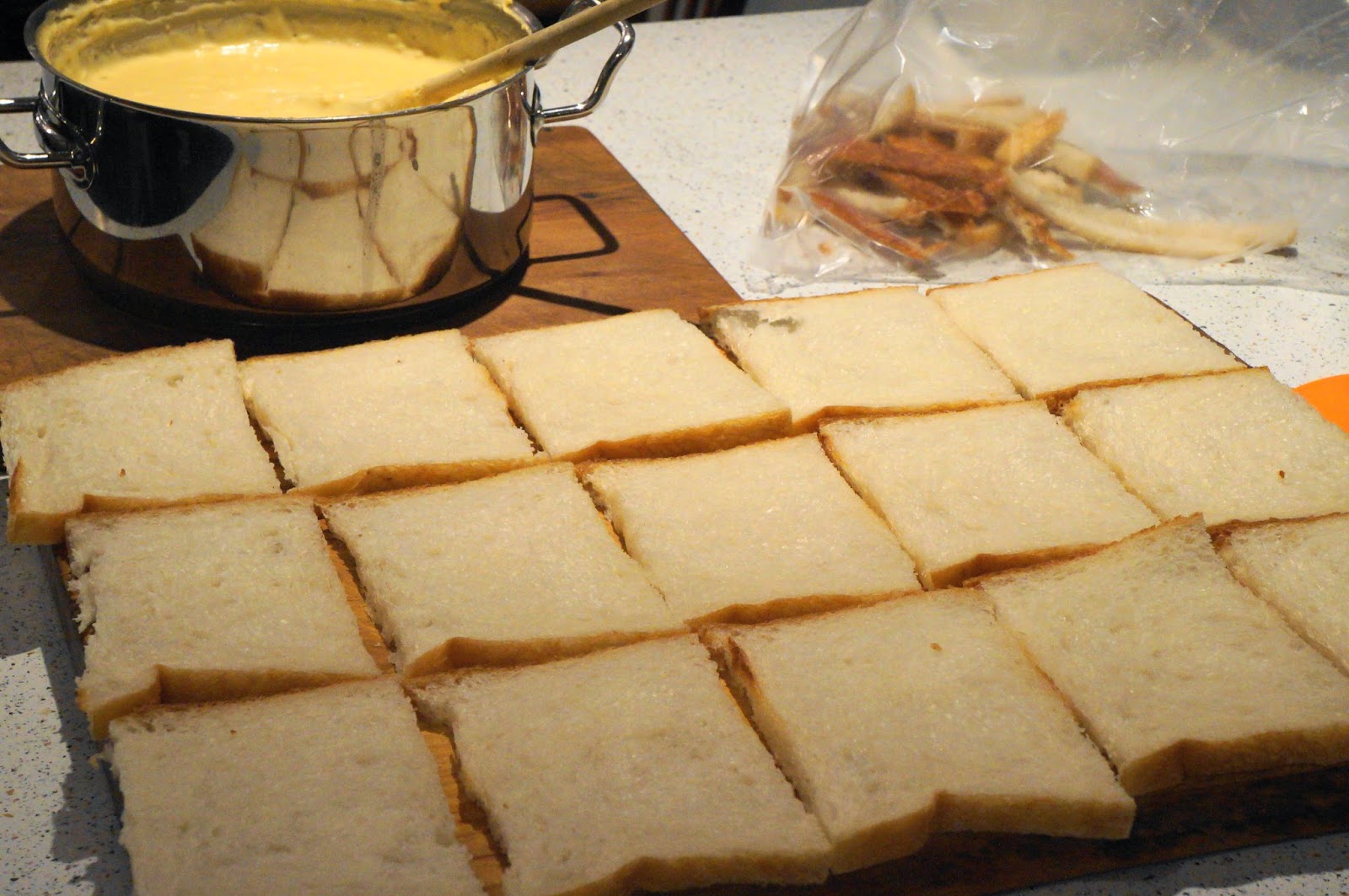 Using a bread knife and a good sawing action, cut the crust from the long edges of the bread. This is best done in batches. 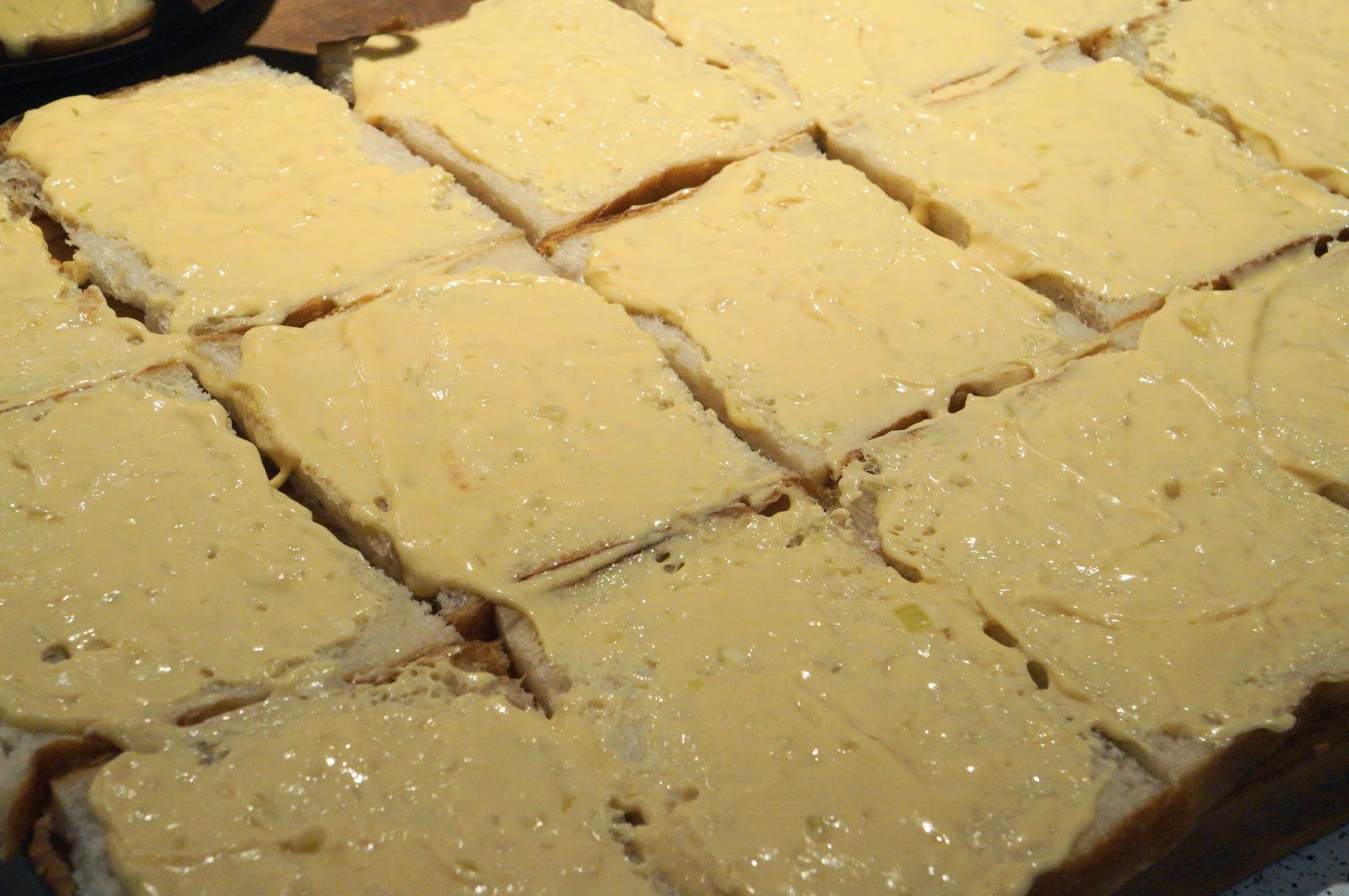 Lay the bread out on the board and spread with a generous coating of the cheese mixture. Work quickly so the bread doesn't stale, as this will make it hard to roll. 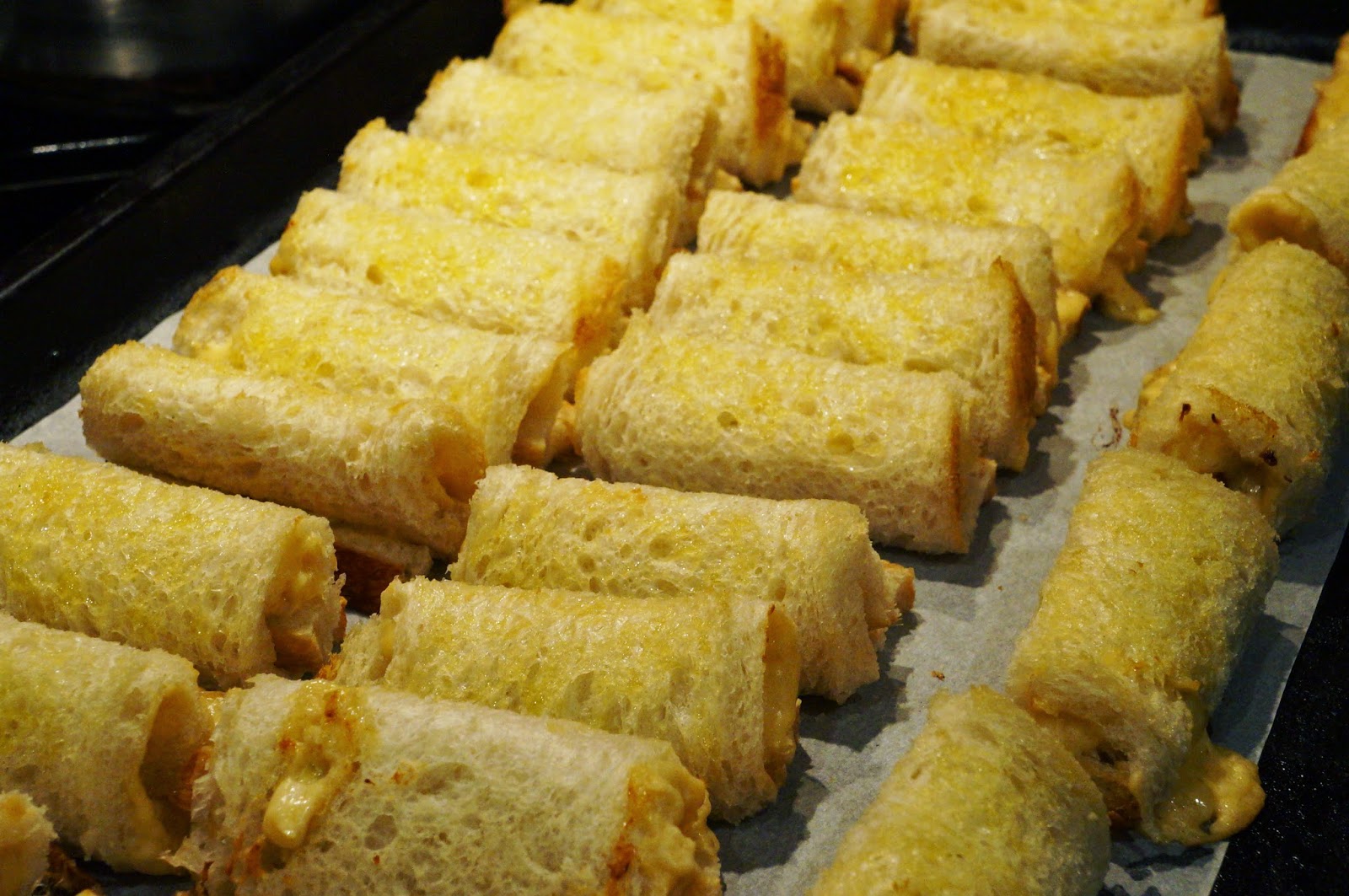 Now fold the bread into three starting and ending with a crust edge. Lay them with the crust down on the baking tray. Push them down a little to ensure they stick together.
Melt the extra measure of butter and brush the tops of the rolls.

Because these rolls were being reheated later, I baked them for just 10 minutes. If they are being eaten straight away, bake for 15 minutes until golden brown. To reheat, bake for 8 to 10 minutes at 180deg. C

Its a good idea to let them stand for a few minutes before serving as the cheese is molten hot.

This is enough mixture to make two loaves of Freedom Gluten free bread. The cheese will store in the fridge for a few days, but can't be frozen successfully.

Melt the butter and saute the onion until soft but not brown.
Add the cream and mustard powder, but hold back a couple of tablespoons of cream to mix with the cornflour.

Cut the crusts from the bread and spread each slice with the cheese mixture. Fold over once and secure with a tooth pick. Gluten free bread isn't very pliable, so don't worry if it starts to break.

Brush with the extra melted butter and bake at 180deg. C for 10 to 15 minutes of until they start to turn brown.

I didn't take any photos of the gluten free version, as it was getting late at night! I'm sure you will enjoy them. I put the parsley into the Gluten free batch so their could be no confusion over which cheese mix was which.
Posted by Unknown at 16:22