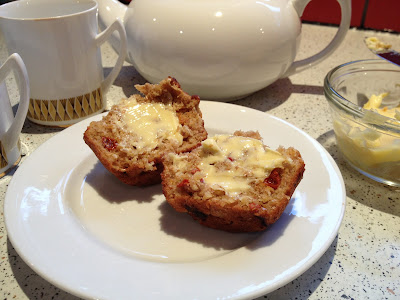 Nothing could sound more healthy than Goji Berry Bran Muffins. These are an accidental creation. The result of the best laid plans going slightly astray. A couple of weeks ago, seduced by the health claims, I bought a packet of dried Goji Berries. Lets just say, these are not the tastiest snack I've ever had; and since then they have been languishing untouched in the pantry. Last week one of my esteemed colleagues made the most delicious Bran and Cranberry Muffins for morning tea. Keen to get something in the cake tin after a busy weekend, I had an epiphany. Hoping that the whole might be greater than the sum of its parts, I combined the two. I was all set to make them, had the bran and the yoghurt, but then left the recipe at work. Not wanting to risk a disaster by guessing the ingredient quantities, I consulted a couple of recipe books, got the basic ingredient ratios and devised my own. 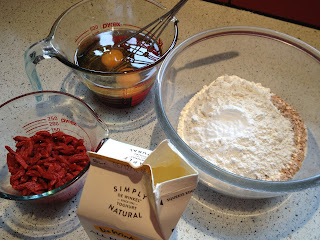 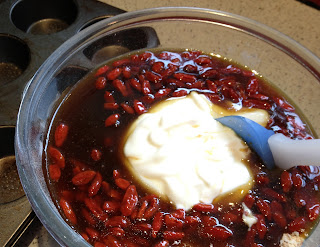 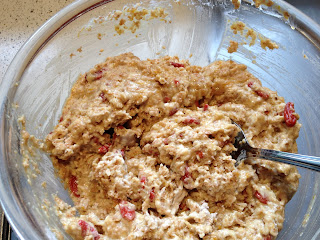 Bake in greased muffin tins for approximately 12 minutes. They should be golden in colour and bounce back when pressed. 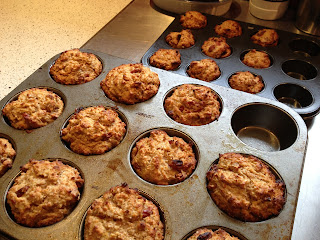 The recipe made enough for 12 medium sized muffins and 10 mini muffins.

As you can see, two of the muffins have already been whisked away. Little Miss 3 insisted she have a 'special princess muffin' before bed. 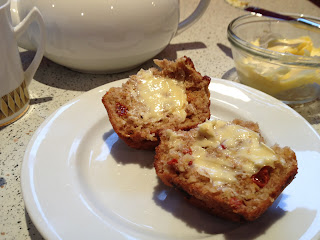 The berries add a nice touch of sharpness to the muffin, and the yoghurt makes them nice and soft. Overall the mixture isn't overly sweet; making these a perfect anytime snack.
Posted by Unknown at 01:03