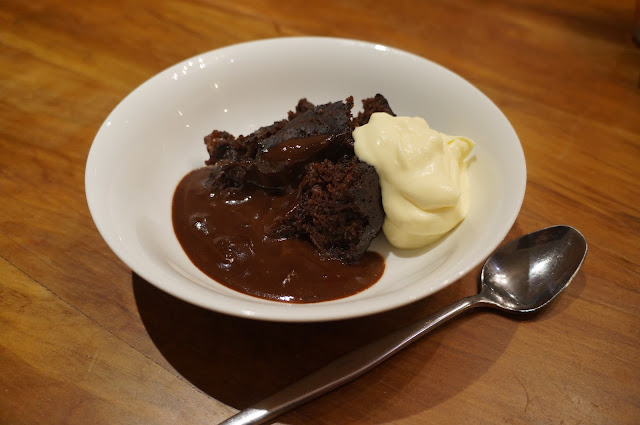 If there was a theme to this post it would be 'no time' and 'last minute'. Yesterday was the Man of the House's birthday. With too many commitments on the night a dinner out was out of the question, so Little Miss 4 and I set about making some last minute special birthday treats. I had wanted to be the first home to make tea, but a frenzy of last minute present shopping meant I arrived home to find that LM4 had ordered pasta for tea, and had been obliged. Undeterred, she and I set about making chips and dip (oh how things change when you have a child - at least it wasn't fairy bread!) and sticky chocolate pudding.

LM4 loves helping in the kitchen, so she was thrilled to be making special treats for Daddy. This is an old, old recipe I have been making for at least the last 25 years. I have no idea where it came from as I copied it into my recipe folder sometime during my teenage years. It always delivers and is really easy and quick to make. Perfect for little helpers. 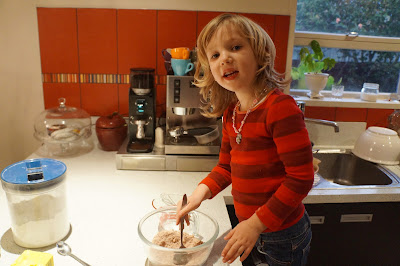 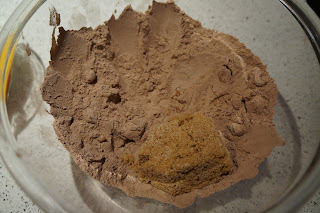 Sift the flour, cocoa and baking powder. Stir in the sultanas and first measure of brown sugar. Melt the butter and add to the warmed milk. 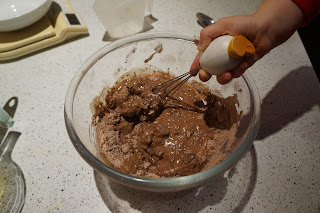 Stir the wet ingredients into the dry ingredients and place into a greased baking dish. The dish needs to have a lid and be deep enough to easily hold the mixture and the boiling water.
Mix the second measures of brown sugar and cocoa together and sprinkle over the pudding batter. Gently pour the boiling water over the pudding using the back of a spoon to stop the flow from denting the mixture. 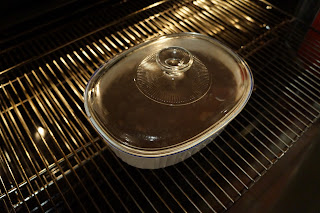 Bake with the lid on for approximately 35 minutes until the pudding rises to the top and is springy and well risen. The sauce will bubble up the sides. 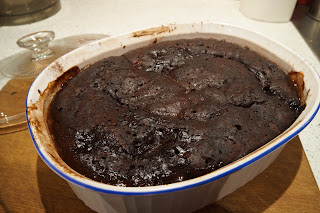 Serve the pudding with whipped cream. 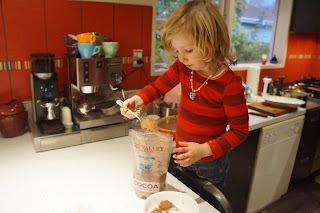 While the pudding was in the oven LM4 and I shut ourselves in her room and wrapped up the birthday parcels. She hid them under her green blanket. Sworn to secrecy, LM4 managed hold out until after pudding to give him his birthday gifts.
Happy days for our little chef and her darling Daddy.  ﻿
Posted by Unknown at 04:05